The Masks We Wear – A blog by Jwel

As I was reading the New York Times best seller book “The Body Keeps the Score” by Dr. Bessel Van Der Kolk, I came across a story that hit very close to home. The author begins his book speaking on various engagements with Veteran clients while working at the Boston Veteran’s Administration Clinic as a staff psychiatrist. While performing his duties he encountered a volatile Vietnam Veteran who was having an episode in the lobby area of the facility. The young psychiatrist invited the man into his office to assist with calming him down enough to find out what triggered his outburst. As the man told his story of PTSD stemming from an ambush that took the lives of or badly inured the majority of his military unit along with how it impacts his behavior to his family and his inability to sleep on most nights, the author was intrigued by one major factor. This man refused to take prescribed sleeping medication which would allow him to sleep because he believed that he should pay a daily memorial tribute to his fallen brothers by reliving his trauma.

An equally interesting factor was that this man, upon returning from his Vietnam tour of duty, acquired his degree, married and had children, and managed a thriving law firm. On paper it appeared that this man had an ideal life which he had built in spite of the trauma that he had sustained. The truth could not have been more adverse.  The quote-on-quote success that this man had achieved was merely a mask to hide the turmoil that he was going through daily. It masked his inability to connect with his wife or show compassion to his kids, and the daily fear that his volatile behavior instilled in them. It masked the fact that he drank consistently on a daily basis as a way of easing the pain. It also masked the fact that his trauma did not begin with the ambush in Vietnam, but rather seeing his father display similar behaviors as a World War II Veteran when he was a child. After reading this story, it got me to thinking how such an outwardly successful man was able to hide his internal demons? It also got me to wondering how many other successful persons I had encountered that wore the “mask” of success everyday while working to not crumble under the effects of past trauma?

How many of you reading this blog are currently walking through life while being weighed down by the effects of your past trauma. What is the “mask” that you wear daily to hide how much you are truly hurting? I am here to tell you that I understand your pain. I too have worn the “mask” of achievements to hide the broken aspects of my psyche. I too have chased the achievement of various goals in my life to divert my focus and push aside the fact that I have resentment towards the sexual abuse I suffered at 8 years old, the physical and emotional abuse received at the hands of a broken mother, and the abandonment by my father forcing me to have to learn how to become a man practically on my own. On the outside I too have a beautiful and supportive wife, great marriage, two growing kids, 3 degrees, a purposeful career helping the homeless, and a list of various accomplishments over the years. With all of these positive things going for me on paper, at times I feal that it is all apart of the mask and disguise that I wear as a successfully Black man in society. My true hope is that one day I will be able to heal from my past trauma and take my mask off. Hopefully the man behind the mask truly matches the outward display shown to the world for so many years…

Jwel’s advice: Explore all methods of getting the help that you need to heal from your past events of trauma. A mask can only hide but so much. Re-purpose your energy towards finding the true wealth in life through good mental health. 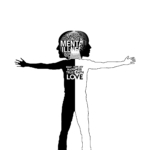 To receive ongoing updates and notifications on new episodes, please sign up to our Newsletter and we’ll keep you in the loop